Microsoft has revealed Chinese smartphone maker ZTE has become the latest firm to sign a patent licence deal linked to its use of the Android and Chrome operating systems. 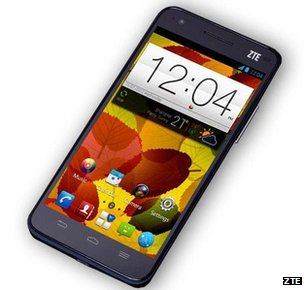 Although both systems are developed by Google, Microsoft claims to own intellectual property rights to some of the software's underlying technologies.
It comes a week after a similar deal was struck with manufacturer Foxconn.
Huawei and Google's own hardware units remain hold-outs.
Microsoft said that 80% of Android smartphones sold in the US and a majority worldwide were now covered under licensing agreements.
The Redmond-based firm added that it had itself paid out more than £2.6bn ($4bn) over the past decade to cover its use of others' inventions.
Licensee list lengthens According to the Foss patents blog, ZTE marks the 20th device maker known to have signed an Android licence deal with the Windows developer.
Microsoft has previously said the technologies involved included methods to make Android devices surf the web quickly and control the way users interact with documents and ebooks.
Microsoft has already signed royalty agreements with HTC, Samsung, LG, Sharp and Acer.
It added Hon Hai - parent company of device assembler Foxconn - to that list on 16 April in an agreement that covers any client who uses one of the Taiwanese firm's factories. 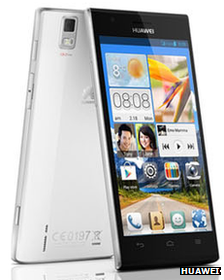 Despite talks Huawei has not signed a patent deal with Microsoft
A deal with Huawei - which makes Ascend-branded Android devices - may also be on the cards: the Shenzhen-based firm revealed it had begun talks with Microsoft in an interview given to the BBC in November 2011.
However, it may be left to the courts to decide whether Google also needs to agree to a deal - or if Microsoft's patent claims are overstated.
Google has accused Microsoft of staging unjustified "anti-competitive patent attacks" against its mobile operating system and said its acquisition of Motorola Mobility in 2012 would help it "protect" the Android ecosystem thanks to it gaining extra patents of its own.
However, the takeover and subsequent decision to build its own laptop - the Chromebook Pixel - expose it to litigation since it now makes devices of its own.
According to Foss Patents, Microsoft is pursuing more than two dozen related patent infringement claims against Google in the US and others in Germany.
Google has also made separate infringement claims of its own against Microsoft.
12:12 PM
0 Comments