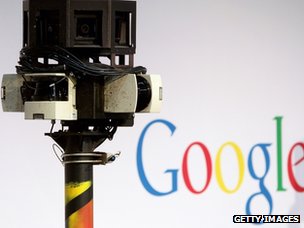 The threat comes as a four-month deadline to change the policy expires with Google making "no change" to the policy.
Google's perceived failure to act is being looked in to by data watchdogs in France, Germany, Italy, the Netherlands, Spain, and the UK.
In a statement, Google said its privacy policy "respects European law".
'Full engagement'
In late October 2012, a European Commission working party reported that Google's privacy policy did not meet Commission standards on data protection.
The report said Google should do more to let users see what information was held about them, provide tools to manage this data and take more care to ensure it did not store too much data about users.
The investigation was kicked off by Google's decision to update its privacy policy so it had one set of guidelines for every service it ran.
Google was given four months to comply with the working party's recommendations to bring the policy into line with European law.
"After this period has expired, Google has not implemented any significant compliance measures," said French data watchdog CNIL in a statement. CNIL headed the probe into the privacy policy.
In addition, said CNIL, Google was warned about the potential for action on 19 March in a meeting with officials from six data watchdogs. "No change," was seen following this meeting, said CNIL.
As a consequence, all six data protection bodies were now opening new investigations into Google and how it handled privacy. The UK's Information Commissioner confirmed it was looking at whether the policy complied but said it could not add further comment because the investigation was ongoing.
A Google spokesman said: "Our privacy policy respects European law and allows us to create simpler, more effective services."
"We have engaged fully with the DPAs involved throughout this process, and we'll continue to do so going forward," added the spokesman.
News of the action comes as Google's privacy director, Alma Whitten, steps down from her job. Ms Whitten was appointed as the search giant's first privacy director in 2010, following a series of mistakes by Google that had led to user data being exposed.